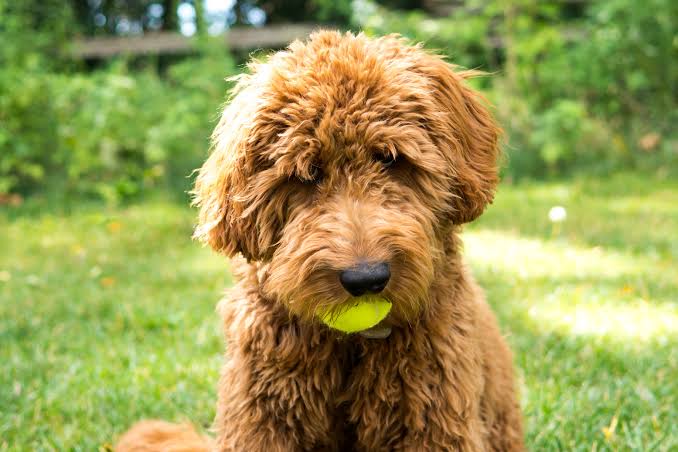 An archetypic water dog of France, the Barbet is a rustic breed of medium size and balanced proportions who appears in artwork as early as the 16th century.

In profile, the Barbet is slightly rectangular with a substantial head and long, sweeping tail. He has a long, dense covering of curly hair and a distinctive beard.

An agile athlete, the Barbet has been used primarily to locate, flush, and retrieve birds. He has a cheerful disposition and is very social and loyal. 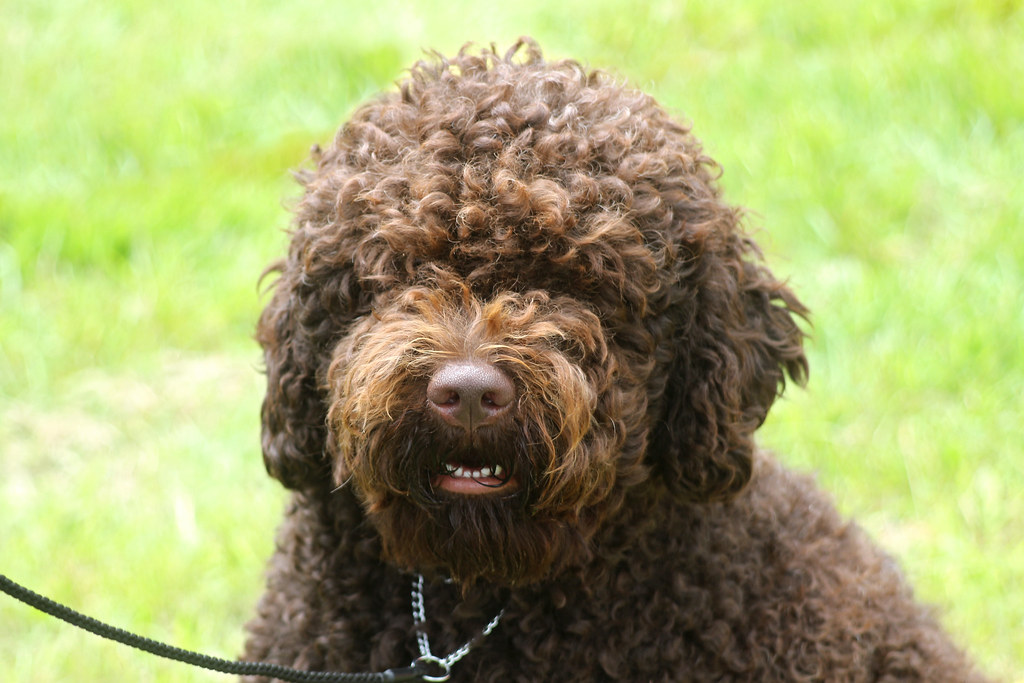 The Barbet is a sturdy sporting dog with a reasonably sized and developed frame. He is solidly built with ample bone to complete his job as a true sporting dog.

Given the tiny genetic pool from which the Barbet draws, it is a surprisingly robust breed thanks to breeders’ careful selection.

The following are the National Breed Club‘s recommended health tests:

Brushing and combing on a regular basis is essential to preventing mats from forming.

Because the coat easily picks up burrs, twigs, and leaves, you may wish to do some regular brushing after walks.

Some owners cut their coats short to make them easier to care for. The breed sheds little and may be an excellent alternative for allergy sufferers.

Barbets have higher activity levels and exercise requirements, as well as being extremely clever dogs, so it’s critical to keep them involved and entertained.

Agility sports are ideal for them, so agility games, puzzles, and other hard games will keep your Barbet entertained and active.

Barbets have the capacity for intransigence because they are exceedingly bright. Regular exercise and amusement, as well as obedience training, can all assist.

Barbets require positive interactions and an enthusiastic training environment due to their sensitive, but balanced disposition.

Barbets are sociable, receptive, and cooperative, so training should be a breeze.

Barbets has participated in canine sports such as agility, rally, dock diving, and lure coursing, all of which provide excellent exercise and mental stimulation.

Your dog’s diet is mostly determined by its size, weight, activity level, and metabolism, but in general, you should feed your Barbet 1.5 to 2 cups of high-quality, high-protein dog food every day.

If you are unsure how many amount to feed your Barbet, consult with your veterinarian to develop a food plan that is good for your dog.

Keep in mind that all breeds are susceptible to canine obesity if they are overfed and under-exercised.

Obesity can cause major health concerns, including heart disease, diabetes, and joint difficulties, so your dog must eat a healthy, balanced diet.

Barbets are loyal, happy-go-lucky dogs who love to play and give lots of affection to their human owners.

These dogs are sure to put a smile on your face, thanks to their goofy and cheerful dispositions. They’re also highly intelligent and can learn new tricks and behaviors relatively quickly.

Barbets are happy to flop down on the couch for a relaxing afternoon —so long as they’ve had a chance to burn off some of their energy first.

Barbets’ long, dense, curly coats necessitate daily brushing because they are prone to tangles, matting, and debris buildup. After each walk, you may find debris in your Barbet’s coat.

If left uncared for, the Barbet’s coat can become matted or felted and grow to be rather long. Brush and comb your Barbet’s coat carefully every day, eliminating any mats or tangles with your fingers.

Using a comb to remove a mat risks ripping your dog’s coat or harming the skin. If you decide to trim your Barbet’s coat, aim for 4 inches around the body and somewhat longer on the head, chin, and tail.

You can cut the hairs between your dog’s eyes and around the ear canal on a regular basis to help him see better. If you are not comfortable grooming your dog’s coat, a local groomer can assist you.

Check your Barbet’s ears on a regular basis and gently remove any waxy buildup or debris with a soft cotton towel.

Schedule an appointment to consult your vet if your dog’s ears are red and inflamed, overly unclean, or smell odd. These could be indicators of infection and necessitate treatment.

This French water dog with webbed paws, a cousin of the Poodle and Briard, gets down and dirty in search of waterfowl, earning him the nickname ‘mud dog.’ Because of his beard, his given name is derived from the French word barbe, which means “beard.”

The Barbet is not a new breed; the first written mention of it dates back to 1387, while the breed may have evolved as early as the seventh century.

For decades, the Barbet worked as a water retriever for kings and commoners alike, and his thick, waterproof coat earned him a reputation for bravely navigating the coldest waters.

King Henry IV was a big fan, and tradition has it that the king’s mistress was chastised for carrying a Barbet to church.

Aside from his retrieving abilities, the Barbet is admired for his adaptability and happy, bright attitude.

The breed is unusual, with only about 30 to 40 in the United States and roughly 600 worldwide, but fans of the Barbet hope that others may come to share their passion for this fascinating canine.

The Barbet, a close relative of the Poodle and the Briard, evolved in France as a hunting dog for birds and waterfowl.

The Barbet’s webbed paws allowed him to hunt birds into muck and water, earning him the nickname “Mud Dog.”

The Barbet’s true name, on the other hand, is derived from the French word “barbe,” which means “beard.”

In Europe, the Barbet has a long and varied history. Notwithstanding the fact that the first written account of the species comes in literature in 1387, some believe Barbets existed as early as the eighth century.

It is also said that King Henry IV kept Barbets as friends and that his mistress was jailed for bringing a Barbet into the church.

Barbets have long been regarded as loyal hunting dogs—and companions—but they are now rare.

As previously said, it is estimated that there are just 30 to 40 Barbets in the United States, with an estimated 600 worldwide. Despite its small size, the Barbet is a top agility dog in French canine contests.

The Barbet is currently classified as a “Miscellaneous Class” dog by the American Kennel Club.

This diverse group of canines has yet to be recognized as a standard breed by the American Kennel Club.

Despite the fact that the AKC provides tools for standardization, the AKC does not recognize all purebred breeds.

Where to Adopt Barbet:

Barbets are relatively uncommon, so you’re unlikely to locate one at your local shelter.

If you decide to buy a Barbet from a breeder, be sure you’re dealing with a reputable, ethical breeder.

If feasible, pay a visit to the breeder’s house or breeding facility to check where their dogs are kept, how healthy they are, and how clean and safe the environment is.

Before introducing a Barbet into your home, make sure you can handle its grooming, exercise, and training requirements.

Barbets are not advised for first-time dog owners, families with excessively hectic schedules, or inactive families because of their heavy maintenance.

If you’re looking for canines like the Barbet, be sure to look at:

Barbets have hair rather than fur, so they do not shed as much as other breeds, such as the Golden Retriever. You do not need to have doubts about being coated in dog hair while cuddling with your dog.

Do Barbets have the ability to swim?

Barbets frequently swim, which increases the likelihood of matting. Barbets’ ears must be cleaned on a regular basis, in addition to plucking.

Are barbets suitable for first-time owners?

Barbets are an excellent choice for first-time owners because of their ease of training and low care. If money isn’t an issue, you can’t go wrong with a Barbet as your first dog. French water dogs were designed to be hunting dogs; thus they require daily activity.