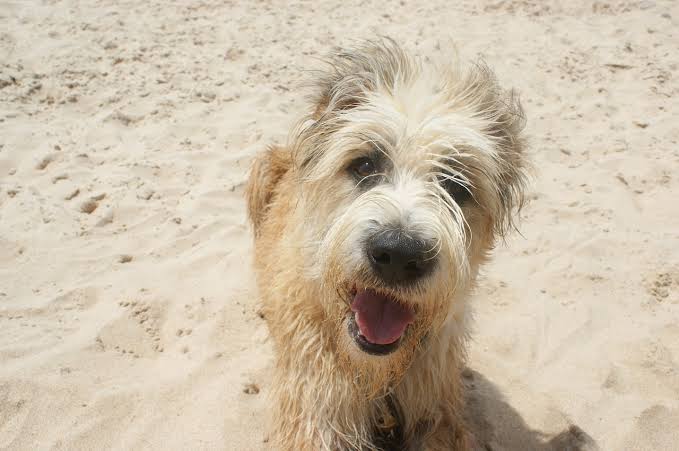 The Barbado da Terceira is medium-sized herder that is a great companion and family dog. The breed is intelligent, easy to train, docile and willful, joyful, and sensitive.

Barbado da Terceira are athletic and need an experienced and loving owner.

The Barbado da Terceira’s greatest joy is to please his/her owner and is therefore easy to train.

The Barbado da Terceira is an assertive breed that is often a bully to other dogs but sweet to its owner and family members, both human and non-human. 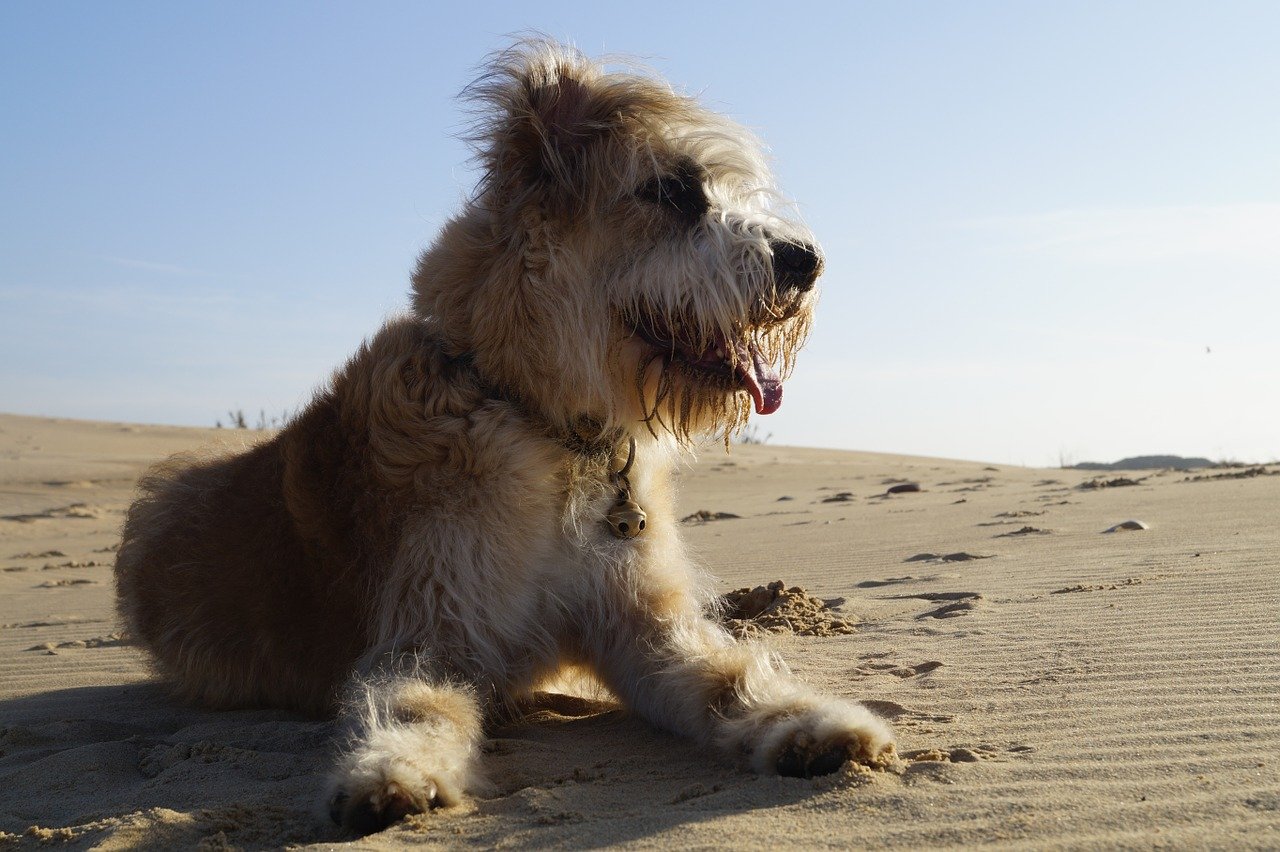 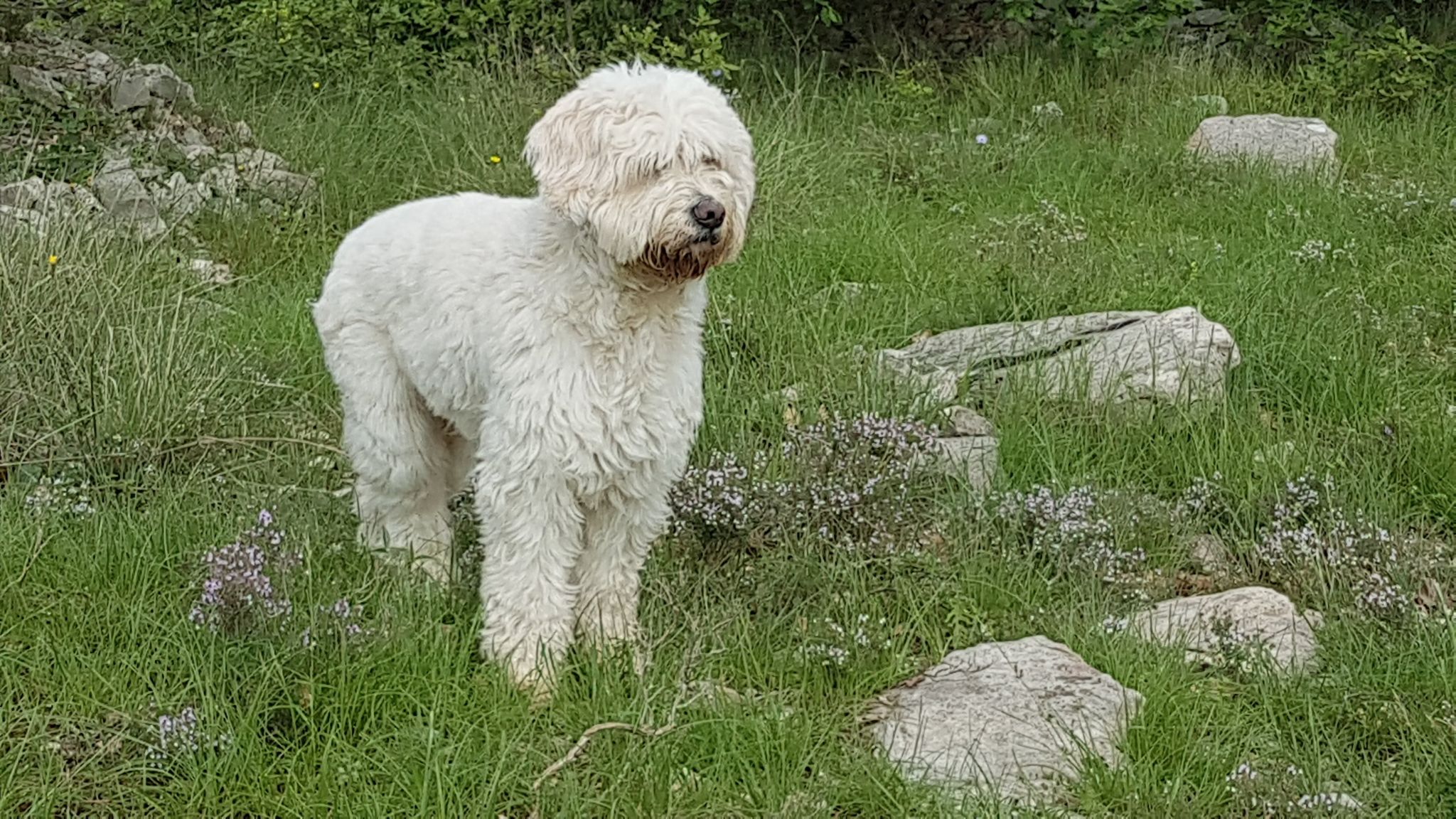 Hip Dysplasia is a risk factor for the Barbado da Terceira.

The Barbado da Terceira should only be bathed when necessary.

The pet will not need to be bathed as frequently if they are well brushed, as bathing strips the dog of important skin oils. As a result, a bath every two months should be enough.

Puppy hair should be brushed on a regular basis. Tangles between the toes, in particular, must be avoided and removed if discovered.

Hair that gets excessively long around the eyes should be clipped as well.

When the adult coat begins to develop, and the puppy hair falls out, stray hairs frequently become entangled in the new coat and form tangles, particularly in the neck.

These are tough to get rid of, especially when the genuine coat grows longer.

Brush hair all the way down to the skin, beginning with the legs and working your way up. If this proves too tough, they should be cut down to 1-1 inches.

Hair should be clipped when it becomes too long on the Barbado because it does not shed. Summer trimming is unnecessary since the undercoat keeps the heat at bay.

The dog must be combed at least once a week to keep the hair from becoming matted and to eliminate twigs and burrs. Your pet’s nails should be checked and clipped every few weeks.

Many have dew claws on their backs that need to be clipped. It is not advised to remove the item. Once a week, check your ears and clean them as needed.

Ear powder can be used to eliminate hair from inside the ear, but it should not be clipped. The dog’s teeth should be brushed on a regular basis.

Exercise on a daily basis is essential. These canines are so intelligent that they require both mental and physical stimulation.

They do not require a fenced-in yard because they want to be near their homes and people.

They do not require a fenced-in yard because they want to be near their homes and people. They are territorial of their home and yard and must be supervised if there are other dogs in the neighborhood.

Barbado da Terceira are happiest when they have a cow to herd, although a ball will suffice if one is not available.

They will gladly accompany their humans for a stroll, hike, or jog. Agility and herding courses, if accessible, are also excellent substitutes for folks who do not live on a farm.

Other breeds may be confused at first by the BTD’s sincere play, but they rapidly grow accustomed to it.

The Barbado da Terceira is a strong-willed breed. She needs persistent, rigorous, and loving teaching from an early age. Instincts do not simply vanish.

Herding instincts are prey instincts that have been tamed via selective breeding and training. Herding dogs frequently bite at their owners’ (especially children’s) heels in an attempt to herd them.

If this over-stimulation of innate behaviors is not addressed, it can develop into incorrigible behavior that is increasingly difficult to change. Barbado da Terceira are cattle herders, not guard dogs.

They will, however, safeguard their people. Herding breeds exist to protect their flocks from predators; thus their vision and hearing are exceptional. They may vocalize in response to any visual change in their environment or any novel sounds.

Because of their beauty, intelligence, and cheerful attitude, Barbado da Terceira are becoming more popular family pets on the mainland of Portugal, throughout Europe, and in the United States; nonetheless, they must be physically and psychologically active to be successful pets.

Because dominant Barbado da Terceira may fight other dogs, early socialization with a variety of dogs is essential.

The Barbado da Terceira is intended for people who have some or a lot of experience with dogs.

It is preferable to employ positive reinforcement. If this isn’t enough, they may need to take a break to regain their composure.

The Barbado da Terceira is a sensitive dog eager to please, and harsh punishment may have the opposite effect.

If the Barbado da Terceira is treated cruelly, it may become worried or fearful, which can lead to long-term behavioral difficulties such as aggression.

New owners who are considering sending their puppies to overnight training centers should be aware of the long-term repercussions of such training.

While training may address unpleasant behaviors in the short term, there is no guarantee that the puppy will not be traumatized, resulting in even more undesirable behaviors in the long term.

This is true even for training facilities that come with the greatest recommendations and promise to employ only positive reinforcement.

The new puppy must bond with his or her owners; removing him or her may cause despair and feelings of abandonment and will most likely disrupt attachments that have been developed.

There is no substitute for rigorous, consistent, but loving training by their human, which begins when a new puppy is brought home.

Puppies must be fed puppy food until they reach the age of twelve months. Rustic breeds demand premium food, but not ultra-premium.

For balanced growth, they can be given chondroitin, glucosamine, and calcium supplements.

They should be given food three times a day until they are four months old, then twice a day after that. Because Barbado da Terceira are not prone to obesity, free-feeding is also acceptable.

The Barbado da Terceira is a strong willed and assertive dog.

Therefore, these dogs need an owner that knows how to handle dogs and implement the rules of healthy companionship, preferably someone with previous experience with dogs.

It is very easy to educate a Barbado da Terceira dog. As it’s greatest joy is to please it’s owner, if the dog feels it’s master is pleased with it’s attitude, it will try to uphot it. It is thus a very pleasuring companion.

Like many other dog breeds, these dogs are very active and need plenty of exercise to stay fit and stay in shape.

They need to be taken on a daily, long brisk walk, if they are not actively working as flock guardians.

All About Barbado da Terceira

The Barbado da Terceira is a medium-sized herder who makes an excellent family dog and companion.

The breed is intelligent, trainable, docile and willful, cheerful and sensitive. Barbado da Terceira are athletic dogs in need of a caring and skilled owner.

The Barbado da Terceira is an outspoken breed that may bully other dogs while being nice to its owner and members of the family, both human and non-human.

The term “Barbado da Terceira” refers to the different dogs brought to the Azores by colonists and tourists since the islands’ population began in the fifteenth century, notably those with a talent for cow herding. It was utilized as a herding dog as well as a guard dog.

It was recognized by Portugal’s Direcço-Geral de Veterinária in 2004, based on the findings of a partnership between the Clube Português de Canicultura, Terceira’s Direcço Regional de Agricultura, and the University of the Azores.

In 2005, 222 of the dogs were counted in a census. The Fédération Cynologique Internationale does not recognize it.

Where to Adopt Barbado da Terceira:

If you are contemplating on getting a puppy, you should do your research and select a reputable breeder, just like you would with any other dog.

Puppies should not be placed in new homes until they are eight weeks old and fully weaned. Due to the breed’s scarcity, you may need to be on a waiting list or go further afield to get a puppy.

The Barbado de Terceira Association is a fantastic place to start your investigation.

These medium-sized dogs are tough, with a long, wavy coat that needs to be brushed on a regular basis. Despite its lengthy hair, this breed is hypoallergenic and may be an excellent choice for those who suffer from allergies.

The Barbado da Terceira is an unique herding breed that has only recently been admitted into the AKC’s FSS program. This is a low-shedding breed, making it simpler for allergic people to tolerate them.