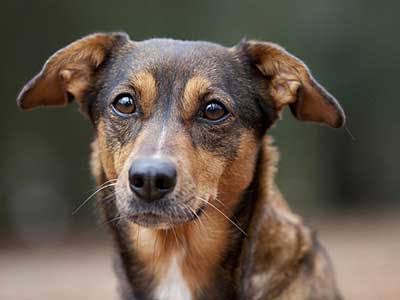 The Austrian Shorthaired Pinscher’s head is shaped like a pear. The short muzzle of the powerful muzzle is an advantage.

Toes are well-arched on the feet. Elbows are positioned quite close to the torso. The chest is broad and robust.

It features a short, durable topcoat in addition to an undercoat.

Coat colors include red, black, brown, fawn, brindle, and black/tan, with white markings occurring infrequently. Tails are docked or left curled behind the back.

For rural and suburban locations, the breed is characterized as a “nice companion.” The breed standard depicts the ideal Austrian Pinscher as playful, not a hunter, and a “incorruptible guard.”

Assertive, active, and attentive, the breed is loyal to familiar people and cautious of strangers, which makes it an excellent guard dog. 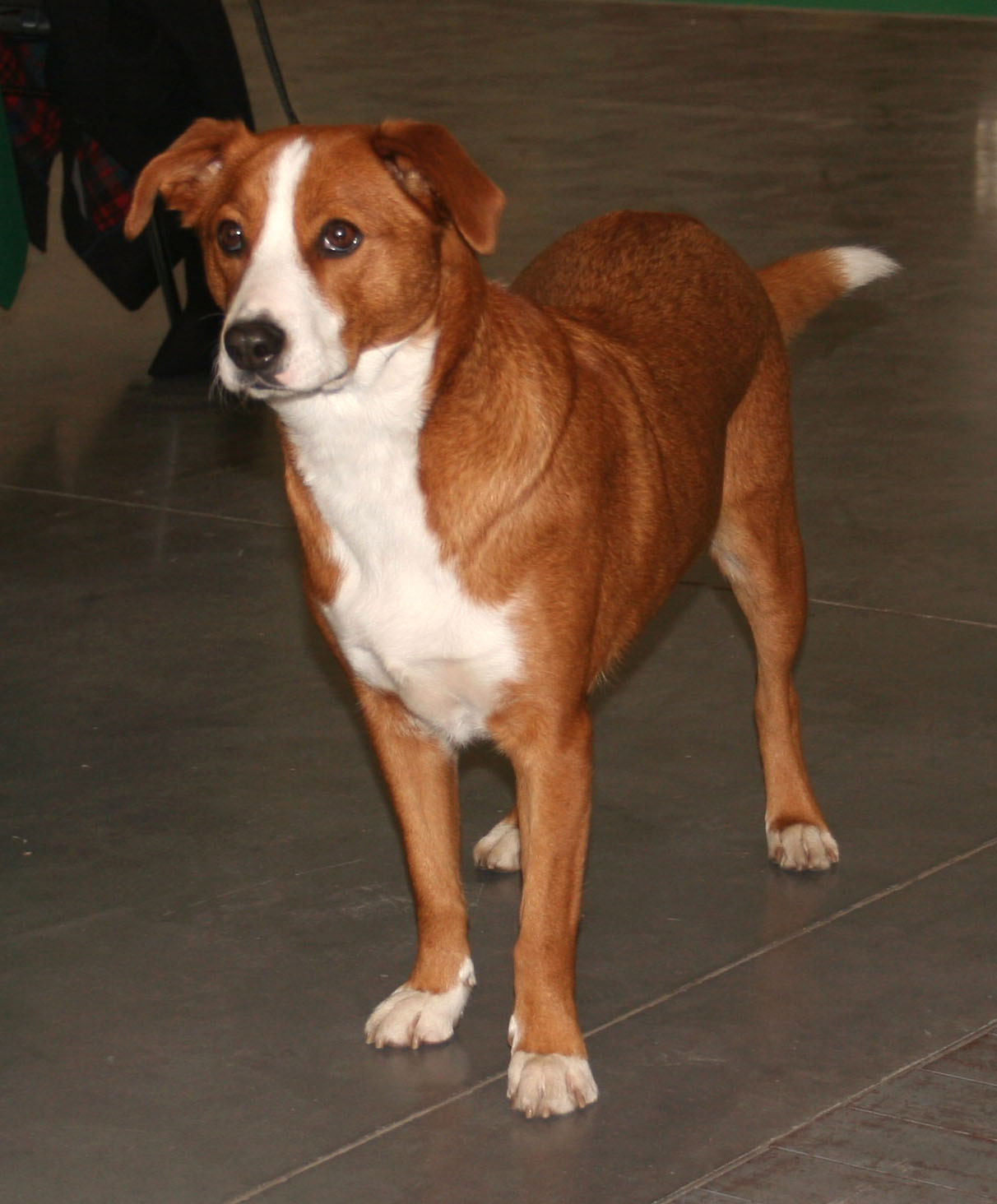 Austrian Pinschers are not known to suffer from any common minor health problems. The only thing to keep in mind is that their skin can be sensitive and dry and irritating.

They should be bathed only when absolutely required. Only hip dysplasia and cardiovascular disease have been reported in Austrian Pinschers as potentially significant illnesses.

Hip dysplasia is prevalent in a wide variety of dog breeds. It is a degenerative disorder caused by the hip ball and socket being misaligned.

It will progressively deteriorate and may become debilitating. If the dog’s mobility is restricted or they are in discomfort, surgery may be a possibility.

Additionally, there is considerable talk of cardiovascular illness in Austrian Pinschers.

However, no studies have been undertaken to demonstrate that Pinschers have a higher prevalence than other breeds, as there are not enough of them at the moment to support such a study.

If you are considering introducing an Austrian Pinscher into your home, you should anticipate significant shedding.

Their medium-length coat requires brushing at least once a week, more frequently during the season of significant shedding. Apart from shedding, grooming an Austrian Pinscher is rather minimal care.

If you live in a rural region or take them on wooded treks, you should check your dog periodically for ticks. Their nails should be cut on a regular basis, and their teeth should be washed frequently.

Austrian Pinschers are energetic dogs who enjoy being outside with their owners. Because they were bred to work on farms, they require plenty of space to run and play.

The Austrian Pinscher is best suited to farm life or big fenced yards. They enjoy running, hiking, and fetching. Additionally, they can benefit from agility training.

However, they must have adequate exercise and time outdoors or else your Austrian Pinscher will become extremely destructive. Additionally, if they are not properly exercised, they will bark excessively.

Austrian Pinschers are extremely clever breeds of dog. They can quickly learn how to perform the majority of things with one caveat: they must desire to do so.

They might be obstinate and enjoy being in charge. However, if you are a tough, consistent, and persistent trainer, you will receive a bright and willing dog as a reward.

Having said that, Austrian Pinschers are not the best breed for new dog owners. They require a self-assured leader who understands how to get through their stubborn demeanor and to the bright dog within.

The Austrian Pinscher, being a medium-sized dog with a moderate to high level of activity, requires between two and three cups of food each day. This will vary according to your dog’s level of exercise and hunger.

Their active lifestyles do not typically predispose them to significant weight gain. Additionally, they are not known to have any breed-specific food or nutrition limitations.

As with any dog, visit your veterinarian to determine the optimal feeding schedule for your Austrian Pinscher.

Although Austrian Pinschers are highly bright, their stubborn nature necessitates a stern and diligent trainer.

If you live in a rural area or the suburbs, they make excellent family pets. Their proclivity for barking and their distrust of all strangers do not make them suitable city dogs.

While they do bark, they are generally non-aggressive until they perceive danger. They are lively and affectionate with their families and like spending as much time as possible with them.

As this is a breed of dog that has been used to its freedom running around farmyards, it is not advisable to keep the Austrian Pinscher within an apartment or small home.

They require outdoor access and plenty of space to run around in. Even when tired out, they don’t tend to sit still, instead wandering around their home, investigating the vicinity.

Though quite small in size, the Austrian Pinscher needs a large amount of exercise to keep it satisfied.

A minimum of an hour a day should be spent taking them on a hike or jog, and they should also be kept entertained with training, canine activities and games.

They are by no means a lazy dog and will almost certainly develop destructive habits if their energy is left unspent.

Austrian Pinscher Relationship with Children and Other Pets

They get along well with children due to their fun and friendly disposition. They do, however, require a great deal of energy and attention.

If your family spends the most of the day away from home, the Austrian Pinscher is not the dog for you. These canines were bred to be companion dogs and hence require constant attention.

If they are bored or lonely, they will become extremely disruptive and vocal.

Austrian Pinschers get along well with other dogs if they are socialized appropriately from an early age. Smaller dogs and other small pets should be handled carefully if they have not been socialized.

The Pinscher was bred to chase rats and other tiny creatures, and as a result of their instinct, they may be aggressive against smaller animals.

Additionally, they can be territorial and protective, which can create issues with strange canines.

All About Austrian Pinscher

Although this is still considered a working breed, the Austrian Pinscher is not a particularly ambitious hunter. He remains an outstanding guard dog due to his inherent suspicion of strangers.

Expect him to develop a strong attachment to his family and to raise the alarm whenever someone strange approaches his property.

Pinschers have a short, double coat and shed moderately. He will require brushing at least once a week with a slicker brush, metal comb, or deshedder if he is shedding heavily.

Unless he has gotten into anything nasty or is extremely unclean, the Austrian Pinscher does not require bathing.

Avoid over-bathing your Austrian Pinscher; excessive bathing can cause his skin to dry up and itch. Your veterinarian should discuss a dental plan with you.

The most critical point to keep in mind is that the Austrian Pinscher was bred as a country dog and would be uncomfortable in an apartment.

The Austrian Pinscher clearly originated in Austria and has a fascinating history as a result of the crossbreeding of many native Austrian farm dogs with the German Pinscher.

Local farmers sought to create a breed that would make an excellent companion, guard dog, and vermin hunter.

As farming became more technologically advanced, the Austrian Pinscher began to dwindle in numbers. He was on the verge of extinction by the late nineteenth century.

Emil Hauck began striving to revive the breed at that time. Hauck was able to reintroduce the species, and in 1928, the Austrian Kennel Club recognized it as a distinct breed known as the Austrian Shorthaired Pinscher.

Even within Austria, the Austrian Pinscher was still considered a rare species, and he was nearly wiped off again during World War II.

In the 1970s, only one dog descended directly from Hauck’s lineages remained. This dog was bred to other Pinschers of unknown ancestry in order to rebuild the breed.

Today’s dogs are medium-sized and have pear-shaped heads. He is a strong-muscled dog that can also be quite energetic.

The American Kennel Club does not recognize him since there are too few Austrian Pinschers in the United States.

The United Kennel Club, on the other hand, acknowledged him in 2006 and allowed him to compete in all UKC-sanctioned events.

If you want to pet a similar breed, consider researching about these breeds:

If you are thinking about bringing an Austrian Pinscher into your home, you should be prepared to deal with a lot of shedding.

How do Pinscher get?